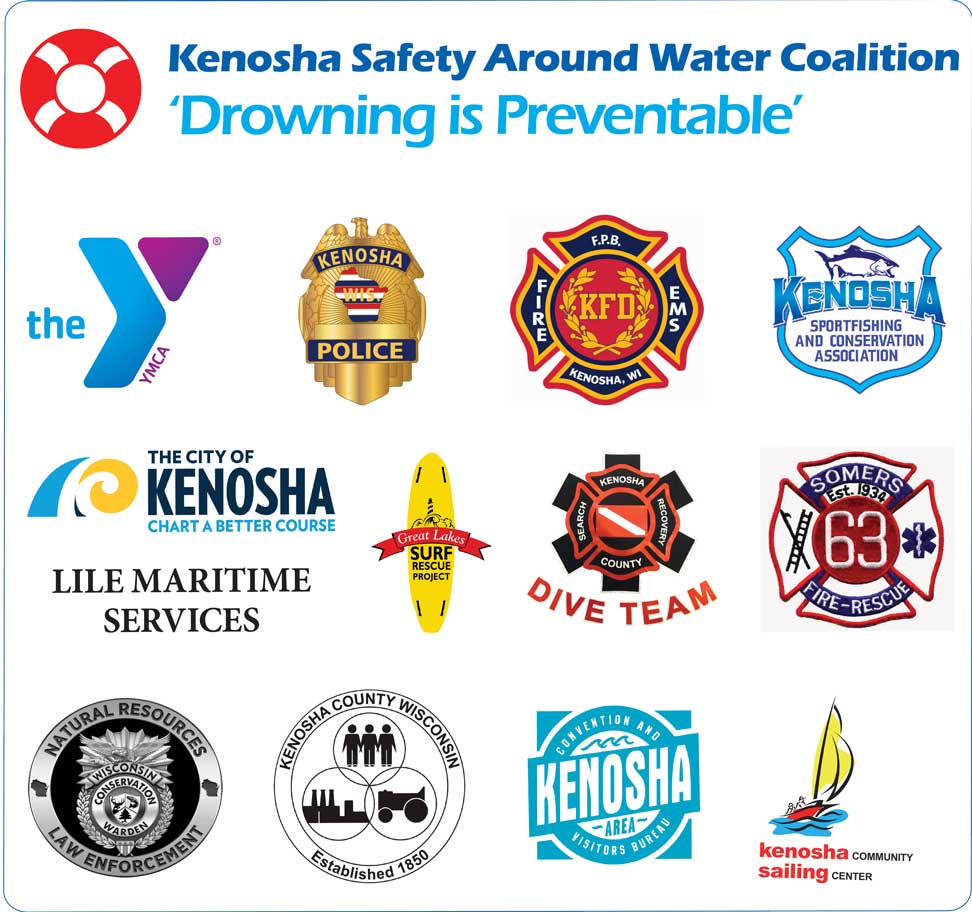 [Kenosha, February 24, 2021] – The Kenosha Safety Around Water Coalition urges the community not to recreate on the ice in the Kenosha harbor.  Lake Michigan, and the harbor area in particular present significant dangers. This remains true in the winter months.

Ben Andersen, Kenosha County Dive Team Leader and Safety Around Water Coalition Member stated “These ice conditions can change in seconds when lake currents, surface winds, or boat wakes from large shipping vessels pass the harbor. And currents in the harbor and Lake Michigan will cause undertows, so if someone were to fall in, remember don’t jump in after them. Reach with something like a pole or throw them a rope.” Ben adds that would-be rescuers could often become victims themselves.

The Wisconsin Department of Natural Resources states that ice is never 100% safe. “You cannot judge the strength of ice by one factor like its appearance, age, thickness, temperature or whether the ice is covered with snow. Ice strength is based on a combination of several factors, and they can vary from water body to water body. Ice strength can also vary in different areas of the same body of water.” (https://dnr.wisconsin.gov/Education/OutdoorSkills/IceSafety)

“Outdoor activities are an excellent way to increase your physical and mental health, however, we need to have a healthy respect and understanding of Lake Michigan to enjoy it safely”, said Sam Craig, Aquatics Director at the Kenosha YMCA.

The Kenosha Safety Around Water Coalition meets monthly and works together to raise awareness around issues of water safety. Our mission is to create a culture of healthy respect and safe enjoyment of water in the Kenosha area through education and advocacy.  Our current focus is Lake Michigan Safety. Our goal is to change the culture by educating students, parents and the general community that jumping from the pier and swimming in Pike Creek is dangerous and life threatening.  The Kenosha YMCA has hosted a monthly Safety Around Water Coalition meeting, made up of community members from all sectors, to keep the focus on raising water safety awareness year-round.  Members of the coalition include representatives from the Kenosha YMCA, City of Kenosha Fire Department, City of Kenosha Police Department, City of Kenosha Aldermen, Village of Somers, Coast Guard, Navy, Great Lakes Surf Rescue Project, Kenosha Community Sailing Center, Kenosha Sports Fishing and Conservation, Carthage College and concerned citizens.